Skip to content
Home/Trials, Victorious Christian Living/The Blessing of Having a Handicap
Previous Next

The Blessing of Having a Handicap

All of us have virtues, and all of us want more virtues in our lives. Kindness, compassion, and attentiveness are more than words—they are virtues. We admire these virtues in others. We also need these virtues and others like them because people are not always strong, but sometimes weak; not always well, but sometimes sickly. Where would we ever use kindness if someone did not need to be helped and encouraged? Why would there be a need for the “gift of helps” if people never needed help?

Consider the virtue of tolerance. I am blind in one eye, and this handicap has made me very tolerant of the blind, compassionate of the blind, and helpful to the blind. Often our own failure helps us to help those who have failed. I do not see well at night, especially while driving, but my family and others have been tolerant and helpful to me. This, in turn, has caused me to be tolerant toward others with handicaps.Many Bible characters needed, received, and then gave help. Would we have ever heard of Mephibosheth if he had not been a cripple? Would David have been used of God to help someone if he had not known a crippled man? Would David have been able to show kindness toward Jonathan after his death without a Mephibosheth? 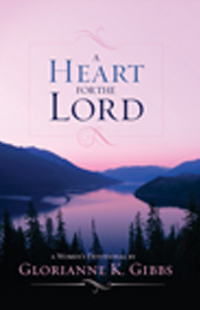 “A Heart for the Lord” devotional by Glorianne K. Gibbs $15.00 (Click the image for more information.)

Would Jacob have become Israel without being crippled by an angel in a wrestling match? Would Leah have been in the lineage of Christ if she had not been less than average in looks?

Handicaps come in various forms that can be permanent or temporary. They can be in the form of struggles. But these struggles often produce great success in our own lives. Doesn’t contentment, courage, and creativity come from affliction, trials, and handicaps? From what does determination stem? What person has diligence who has had a “perfect” life with no hardships? Would there be a need for faith if we were perfect and did not need help? Would anyone be generous if there were no poor people or those in need?

What about gentleness, gratefulness, loyalty, meekness, and even neatness? All of these virtues come from people who have experienced handicaps and failures. Would there be any sincere people in the world without sickness, affliction, or unfortunate circumstances?

Jephthah was rejected by his half brothers because he was an illegitimate son. But where did Jephthah get the strength of will to be a leader? Where had he learned patience, punctuality, persuasiveness, wisdom, and a host of other virtues needed in leadership? He got them from a
less-than-perfect family and embarrassing moral circumstances. 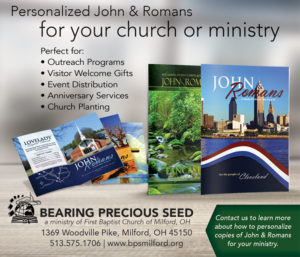 Jesus spent His teen years in probably a single-parent home. He was a homeless person for three years. Rumors were rampant about His earthly mother. He was not understood by His half brothers. He was considered strange by the people of His town.

Handicapped people who have sweetly surrendered to God and given Him their handicap are the happiest people I know. Many of the virtues of life could not be used without handicapped people. No one can be totally happy without helping someone who is weaker. Even God was not totally happy with perfect angels. He needed someone to whom He could show mercy. He needed someone to cry over and who needed Him.

Is having a handicap negative or positive? It depends on your maturity and knowledge about life, but I wonder if hardships and handicaps are the savior of our inner beings on earth.

Being perfect doesn’t sound so good if it means I could never learn about kindness, compassion, and all the other great benefits of having a handicap. It seems as though God is more interested in our becoming like Him than He is in our becoming a success.

Photo by Matt Artz on Unsplash