“I’m too busy to eat healthy foods!” is a statement I often hear from women who work full-time jobs outside of the home. However, I maintain that eating packaged foods will create big health problems because they are too high in fats, sugar, and salts. The packaged foods also contain no fiber.

Sandwich meats are some of the biggest “disaster areas” because of their high fat, salt, and chemical content. Recently, the newspapers have been reporting several outbreaks of an unusual bacteria that is causing many people to get very ill or even die. It has been traced back to tainted sandwich meats. 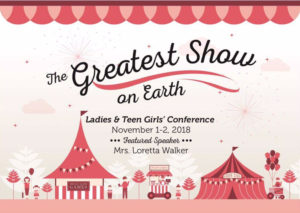 In looking for a good healthy substitute for packaged, sliced sandwich meats, I came across an idea that would provide ready-made healthy meats. I purchased a large, frozen turkey breast from the meat department of the grocery store. It had not been injected with any kind of chemicals or preservatives. (Perdue Company tries to keep all of their poultry products free from chemicals.) The purchase did take a rather big chunk of my grocery money for that week, but I was hoping I would get enough meat from that large turkey breast to last for a month.

I baked the turkey breast in a roasting bag for three hours, then let it cool for an hour so it would be easy to cut. I started out using a knife, but I quickly changed to tearing off little pieces of meat with my fingers (clean, of course). I set out four medium-sized plastic containers and their matching lids and filled each one with the turkey pieces. I was hoping one container would last a full week. The first turkey breast did have enough meat for a month’s worth of our family’s sandwiches! Since turkeys were on sale during Easter, I bought one; and we enjoyed having dark meat also. There is much more meat on an entire turkey!

After I had thrown away the skin and all the other unusable parts, I put the bones in a large pan and filled it to the top with clean, filtered water. Then I let it simmer for several hours on a very low heat. It made a wonderful, rich broth that made the entire house smell delicious! I threw out the bones and strained the broth into plastic containers with tight lids. I put all the turkey and broth containers, except one, into the freezer so they would last longer. The broth can be added to soups and stews to add a delicious flavor.

I have been doing this for three months now. It takes me about 15 minutes to “carve” the turkey. It takes less than five minutes to prepare it for the roasting bag, and while it is baking, I can be doing other things.

Having ready-made turkey meat in the refrigerator has been fun because I can add it to other recipes. Turkey is great on salads, tostados, and tacos. The following is a delicious recipe using the turkey meat and broth. It has become my family’s favorite dinner meal.

Make the crust first. Preheat the oven to 450°. Mix the crust ingredients together. Place half the mixture, for the bottom of the pie, in a rectangular baking pan or dish. Spread the crust with your fingertips until the entire bottom of the pan is evenly covered. (This dough does not roll out well.) Bake for 10 minutes.

Pour all but ½ cup of the broth in a large saucepan and heat. Add the 8 tablespoons of flour to the ½ cup of cold broth in a small bowl and stir until smooth, then add it to the broth, stirring constantly. Heat to boiling, then add all of the vegetables and turkey and simmer for 5 minutes. Add the sage. (Don’t forget the sage—it really makes this recipe great!) While it is simmering, make small, flat pancakes out of the rest of the crust dough. Pour the hot filling into the baking dish, then add the pancakes on top. Bake at 450° for 15 minutes. Let it stand for 5 minutes before serving. You will probably want to serve this in bowls.

Be “exotic” and try one with cauliflower and Brussels sprouts, which my husband loves!