You Need a Haircut

As a retired elementary school teacher, I have many anecdotes from over the years. One is about two first graders named Amanda and Adam. Amanda had very long hair. She would frequently toss it back behind her, landing on Adam’s desk. He finally got tired of asked her to stop and decided to solve the problem himself – with his scissors! I was mortified and dreaded having to call both parents. Thankfully, Amanda’s mother was understanding and got her a nice new haircut.

I wish my problems could all be solved with just a pair of scissors. However, there are some things the Bible tells us we need to cut out of our lives. Ephesians 4:31 says, “Get rid of all bitterness, rage, and anger, brawling and slander, along with every form of malice.” We should cut them out of our lives because they grieve the Holy Spirit (v.30). Bitterness can tear us up inside, the improper use of anger as well as brawling and slander can lead to sin, and bad attitudes toward others only makes up miserable. 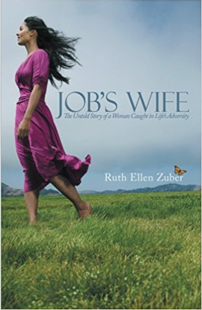 “Job’s Wife-The Story of a Woman Caught in Life’s Adversity” by Ruth Zuber (Click on the Image for More Information.)

But God doesn’t tell us to get rid of something without giving us something better to replace it. Verse 32 of Ephesians 4 says, “And be ye kind one to another, tenderhearted, forgiving one another, even as God for Christ’s sake hath forgiven you.” Replace the bitterness and anger with kindness and forgiveness. Being kind to and forgiving of others is not for their sake, but for ours. Holding grudges or having a mean spirit toward someone not only cause mental grief but can contribute to physical problems as well. So, rather than cutting these verses out of our Bibles, (which I sometimes feel like doing) let’s cut out the bad behavior and substitute the good. We will feel better, and so will the Holy Spirit!

There is a story of a little girl whose father had given her a pearl necklace. She wore it constantly, never taking it off. As she grew, the necklace became tighter and tighter on her neck. One day her father asked her to give him the necklace. She said, “No, Daddy! You know I love this necklace.”

Her father asked, “Do love me?” 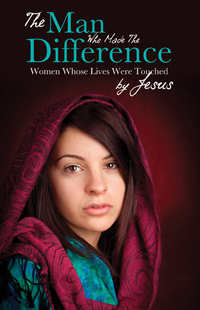 “The Man Who Made the Difference-Women Whose Lives Were Touched by Jesus” a Bible study $5 (Click the image for more information.)

“Then give me your necklace.” Through her tears, she slowly took off the necklace and handed it to her father. He then reached into his pocket and took out a new, larger necklace and fastened it around her neck.

What is it that you need to get rid of in your life so that God can do something new? Maybe it is an unforgiving attitude toward someone, or a bad habit, or an activity that is not one a Christ follower should be involved in. Whatever it is, let it go and God will replace it with something much better!