Skip to content
Home/Motherhood, Relationships/A Tribute to My Mother-in-Law
Previous Next

A Tribute to My Mother-in-Law

I want to pay tribute to my mother-in-law. I realize that because of the lady she was and the relationship we had, she has greatly influenced me. When her son and I were dating, I knew she liked me. I might have thought I met with her approval as to what she wanted her son to have in a wife. She was older and had been a widow a good number of years already. Mom was not an openly affectionate person. She had a way of looking at you that spoke approval and a spirit that conveyed love. Now I know that it was the love of God flowing through her.When we planned to get married, she did not offer suggestions, as she wanted us to have the wedding we wanted. When I asked her what she thought of something, she would say, “Oh, girlie, do what you want.” “Girlie” was her affectionate term for girls she liked. She called the boys, “Sonny.” After we were married and started our family, I would ask her about rearing children. She would tell me how she did things when she had her family, and then she would say, “But you may find a better way.” We learned a lot about life just listening to her reminisce. 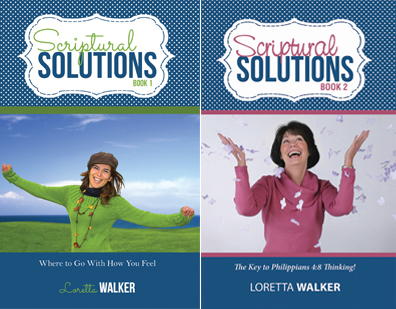 Mom Sikma did not drive, so every once in a while she would ask me to take her somewhere, but it was always at my convenience. If I could not help her just then, she would say, “That’s okay, girlie, friends just the same.”

One of the things that influenced me most was seeing her Bible open on the kitchen table when I went there. In the evening she liked to sit in her rocking chair in the living room where there were two large picture windows and a glass door. She would not turn lights on as she wanted to watch the world go by and pray. She told us she was never lonely; the Lord was there. When I read Proverbs 31:28a which says, “Her children arise up, and call her blessed,” I picture my mother-in-law.

If something was not going well, she said she would tell the devil, out loud, to get out and leave her alone. I must admit, for quite a while, I thought this was just a quirk and probably happened to people as they got older. Then one day I read, “Then saith Jesus unto him, Get thee hence, Satan.” (Matthew 4:10) She was a smart lady—the “quirk” was biblical!

Her love of the Lord and her approval of me is very precious and highly valuable to me. As you can see, I had a wonderful example and mentor.

“The Man Who Made the Difference” Bible Study Book in Spanish! (Click the image for more information.)

Eventually the time came for me to be a mother-in-law. When the in-laws-to-be were approved, we decided that our children and their mates-to-be should also plan the wedding they wanted. They were given an amount of money to be spent in whatever way they decided, whether it was for the wedding, a house, a trip or a savings account. I can honestly say I love all our in-law children, and I consider them my sons- and daughters-in-love.

Before our children married, my husband and I told them we would not come to their homes to visit unless they first invited us. If it should be necessary for us to stop by, we would call ahead of time. Most of the children have lived in some apartments on the next street from where we live when they first married. At present, two of them have their own homes just three blocks from us. This has worked out fine, and we have kept our original agreement.

We do not offer advice as we did during the years our children were living at home. However, we find the children coming to us from time to time to ask our opinion and bounce off ideas from us, particularly their dad.

Our children know we pray for them every day, several times a day. We are concerned about their welfare and want them to stay close to the Lord. Bringing this to His attention is the best way we can do this.

I wish everyone could know the joy of a wonderful relationship with their in-laws. It is truly a blessing from God.