A Gift in Secret

As a parent, I feel one of the hardest things to teach our children is to get their eyes off their problems and difficulties  and to think of others. Let me share a true story that took place in the state of Washington a few years ago. Eight-year-old Marty lived in a poor rural area with his brother, sister, and mom. Life had not been easy for this family. Marty’s mom and dad had separated, and his mom struggled with all of the hardships that any single mom faces. With a minimum-wage job, she was just barely able to feed and clothe her family.

Marty was a typical eight-year-old boy—full of life and probably not aware that things were as bleak as they were. He had a habit of cocking his head to the left when someone talked to him. This was due to the fact that he was deaf in his left ear. He had been born that way, and the doctors said there was nothing that could be done. This was just another difficulty for Marty’s mom.

Marty’s mom had moved to the rural area because of cheaper housing, but Marty loved it because there was plenty of room to play. Out back of their small house was a field, and across the field lived another eight-year-old boy named Kenny. Marty and Kenny became best friends and spent hours playing together.

During the fall, the farmer who owned the field would turn it into a pasture by stringing an electric fence around it. Marty’s mom often warned him to be careful not to touch the fence.

As Christmas drew closer this particular year, Marty’s mom noticed that he was being especially good, and he was saving every penny he could. She suspected that something was up, and she was right. When asked what was going on, Marty told his mom about this really “neat” compass he had seen at the little country store down the road. He was going to buy it and give it to Kenny for Christmas.

“Oh, Marty,” Mom replied, “Kenny’s mom is a very proud lady. She would never let him accept a gift from someone when they could not repay the gesture. They are just as poor as we are, and I don’t think it will work.”

Marty cocked his head, thought for a moment, and said, “Well, I could do it in secret.” 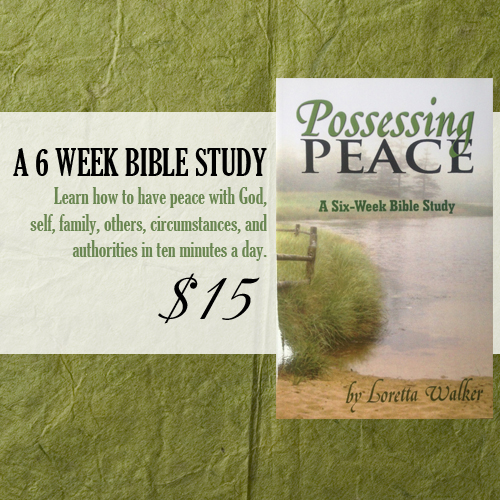 Mom said, “Okay, but you must make sure he never knows who gave him the gift.”

Every night, Marty would count his money. He could hardly wait until he had enough to buy that “special” compass.

Christmas Eve dawned gray and cold that year. Everyone hoped it would snow, but the clouds turned loose with rain. Every few minutes, Marty would look out his back window to Kenny’s house across the field. He could hardly wait for darkness to come so he could slip across the field and deliver his special, secret gift.

Finally, the darkness came to the cold, wet, northwest farm. Marty’s mom gave him the okay to leave but warned him to be very careful of the electric fence. Marty slipped out his back door, crawled under the fence, ran across the field, slowly slipped under the fence on the other side, and eased up to Kenny’s back porch. He placed the present by the door, knocked, and took off running as fast as he could. In his excitement, he forgot about the electric fence and ran right into it. The jolt knocked him flat on his back and left a nasty, red line across his face. When he got home, his mom helped him get out of his wet clothes and put him to bed. She was sure the red welt would leave a scar. She thought, “Just another scar on his already scarred life.”

The next morning, bright and early, Kenny came over to show Marty this really “neat” compass that someone had left at his door the night before. As Marty’s mom watched the boys playing, her eyes were drawn to the red welt still clearly visible on Marty’s face. As she sat looking at the red welt and feeling sorry for herself and little Marty, she noticed that Marty was not cocking his head when Kenny talked. She called Marty’s name softly, and sure enough, he could hear with both ears.

Although the doctors could not explain it, they felt there was something in the electric shock that caused Marty’s deaf ear to begin working; however, Marty and his mom felt that God, Who saw in secret, rewarded a little, eight-year-old boy openly.

As Christmas approaches, maybe we should get our eyes off our problems and needs—we all have them—and look for someone we could help in secret.