We all need to realize that today we are writing the story of our lives. That story is comprised of daily acts and reactions to life situations. I am challenged by Philippians 4:5, which says, “Let your moderation be known unto all men. The Lord is at hand.” Moderation (from the Greek word epeeikace) means, “to yield, hence reasonableness of dealing or having a good disposition toward others.” To break down the verse further, “Let your moderation be known…” means “conduct to all: let nothing inconsistent with moderation be seen.” The phrase “…unto all men” means “to everyone—even those who are perverse and hard to get along with.” Why do this? Because of the last phrase, “the Lord is at hand,” which means that we should be good to everyone because the Lord is coming. 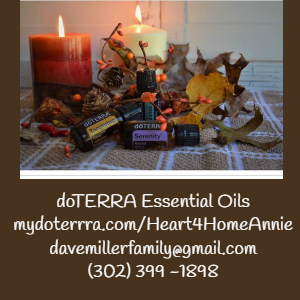 Busy people have more opportunities not to let their moderation be known to all men. I have been plagued recently with poor service and wrong meals at restaurants. One side of me says, “Either my husband or a church is paying for this meal, and I owe it to them to get it right.” Then I realize that if I make a big deal about the service or food, it puts a damper on the meal for everyone else. So if I want that chapter of my life story to be pleasant, I should keep my mouth shut.

Then I come in contact with many people each day. Most of these are folks whom I have never met before or I haven’t seen in a long time. What an opportunity for each of us to say the wrong thing!

Recently one of my family members was approached by someone who said, “Don’t be nervous; it’s okay!” as if to say, “You look scared to death up there.” That family member didn’t feel nervous at all but felt self-conscious after that person pointed out her perception of what she assumed was nervousness.

I felt very offended that someone would make a comment that hurt someone I love. Then I realized that people are people, and everyone has a different take on what advice is helpful. So rather than hunt down the gal and give her a piece of my mind (just a small piece because I don’t have that much to give), I just comforted my family member.

While at a ladies’ meeting, a lady came up to me and proceeded to explain to me why the other speaker at the meeting was her favorite. Now I happen to like that speaker also. It’s just that someone’s coming up and telling me how much she loved the other speaker could have made me feel like “she is better than you, and this is why.” As it turned out, I was in a good mood, so I plastered on a smile and added something to the conversation that I thought was extremely good about the other speaker.

All of these are ways to help me make my story a good one at the end of this life’s journey. Our moderation or our ability to have a good temper toward our brethren is a testimony that will follow behind us and give us a favorable reputation with others. Really, the act of passing over a transgression will make our story much sweeter than if we retaliate and return an eye for an eye. “The discretion of a man deferreth his anger; and it is his glory to pass over a transgression.” (Proverbs 19:11)

As you go through this month, be conscious of choosing the right reactions and actions rather than going by your personal preferences and feelings.