Has someone mistreated you? Has someone taken advantage of you? Has someone done you wrong? We could all answer “yes” to these questions, and usually our first thought is, “I will get you back; I will get even.” If, or when, you find yourself in this situation, remember this story.

While Leonardo daVinci was painting “The Last Supper,” he had an intense and bitter argument with a fellow painter. DaVinci felt like he had been mistreated, and he began to think of a way to get back at this one who had wronged him. He came up with a devious plan. 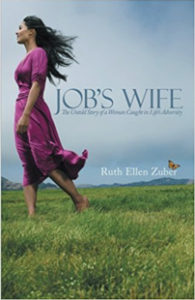 “Job’s Wife” The Untold Story of a Woman Caught in Life’s Adversity by Ruth Ellen Zuber $10 (Click the image for more information.)

He decided to paint the face of his enemy onto the face of Judas Iscariot so it would be captured for time immortal. So that is exactly what he did. When people came to look at his work in progress, they immediately knew who “Judas” was. DaVinci’s friends, who knew of the disagreement between the two, told DaVinci, “Boy, you showed him. You got him back.”

As he continued his work on this great painting of Christ and His disciples, he finally came to the face he had saved for the very end—the face of Jesus. But he could not bring himself to paint it. Time and again he took his brush and tried to paint the face of Christ, but it seemed like all inspiration had left him. 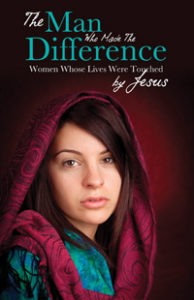 “The Man Who Made the Difference” Women whose lives were touched by Jesus Bible study $5 (Click the image for more information.)